The SciArt Movement: Why Facebook, MIT And Autodesk Use Art To Drive Innovation

/ Thought Machine / The SciArt Movement: Why Facebook, MIT And Autodesk Use Art To Drive Innovation 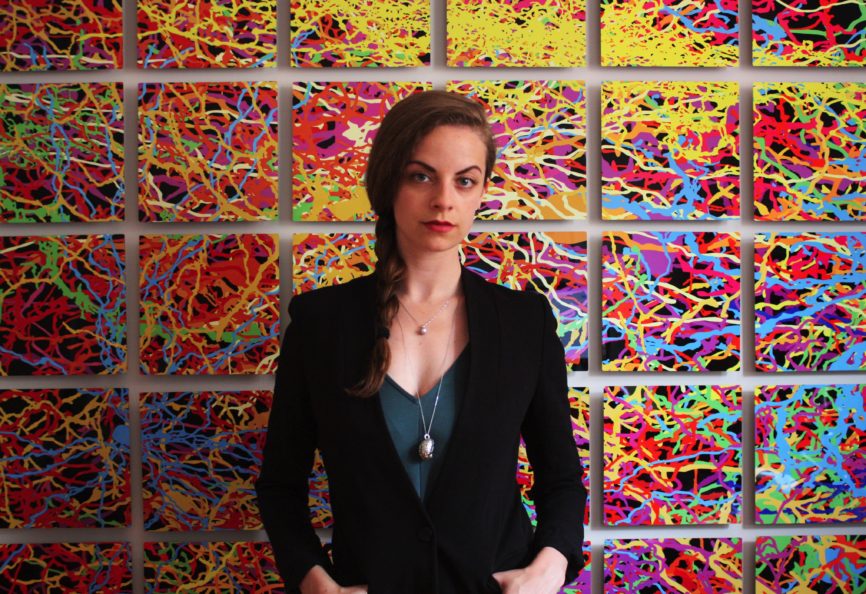 Julia Buntaine, founder of the SciArt Center and SciArt Magazine

Whether it’s Steve Jobs, who launched his innovations in concert halls, or Nobel Prize-winning physicist –and semi-professional painter– Richard Feynman, it’s long been recognized that exceptional technologists and scientists can also be accomplished artists.

A 2008 study of Nobel science prizewinners found they were seven times more likely to be visual artists than the general public. According to the study’s authors, the data “clearly demonstrate the relationship between effective scientific imagination and non-scientific creativity.”

Now there are efforts to replicate these individual examples on a larger scale.  In the business world, tech giants Adobe, Facebook and Autodesk have launched initiatives to build collaboration between engineers and fine artists. Scientific research institutions CERN and MIT also have artist-in-residency programs.   These programs push engineers and scientists to use technology in new ways, and they produce tangible results.  Working with MIT, the artist Olafur Eliasson developed the ‘‘Little Sun,’’ a portable solar lamp targeted at developing economies which to date has sold over 600,000 units worldwide.

These business programs are part of a global but under-the-radar movement called Science Art (or SciArt).  SciArt, which is being nurtured by a new generation of leaders trained in science, art and technology, is worth attention.  Not only is it helping foster innovations such as Little Sun and is making complex science more relevant to the general public, it offers lessons on how to harness diversity and build bridges among various professional disciplines.

Julia Buntaine, an artist, entrepreneur, and innovator-in-residence at Rutgers University, is one of the leaders of the SciArt movement.  Her involvement in the SciArt movement began when, as an art major, she took a course in neurobiology.

“As a sculptor, I was struck by the tangible beauty of neurons, protein receptors, ion channels and the chemical processes that are the stuff of our daily experience,” Buntaine said.  “Initially, my interest in science was as a source of inspiration for my art, but it grew into something larger.”

That something became SciArt Magazine and Center, which Buntaine founded in 2013 using only her Apple MacBook.  Since then, it has grown to be part digital media company, part science incubator, part art gallery and full-time advocate for collaboration between artists and scientists.

“Scientists and artists have been separated by jargon and stereotypes– i.e. the rational scientist in the lab coat versus the crazy paint-clad artist,” Buntaine explains.  “What we don’t appreciate is their common ground: they both ask fundamental questions about the world and they look at big problems in innovative ways.”

But Buntaine didn’t expect artists, scientists and engineers to just start working together. “These professions have become highly specialized and siloed,” she explains.  “From early on, I thought there was a need to encourage collaboration and create community.”

To that end, Buntaine has assembled an international network of academic sponsors, entrepreneurs and like-minded social ventures to promote the SciArt community.  Like any good lean start-up, the SciArt Center has used partnerships and pop-up resources to mount an impressive range of activities in a short period of time.

A recent issue of her online magazine, for example, profiles Danae Prosthetics, an early-stage company founded by artists and engineers, which is developing software to customize lower leg prosthetics to the tastes of individual users.

In December 2017, she helped organize one of the United States’ first conferences on science-art collaboration and in June, her group co-sponsored an exhibit with Cambridge University’s Stem Cell Institute which presented 20 different pieces of artwork pieces depicting future possibilities for stem cell research.  Operating on a tiny budget, the center has provided microgrants to support scientists who use art in their work.

Buntaine’s work is a great example of creating a global impact with limited resources.  And even for leaders not focused on science or art, her efforts in building the SciArt movement highlight an important truth for organizations that want to harness diversity or just different perspectives: it doesn’t happen on its own.  Buntaine’s advice for others is simple.  “If you have a good idea, act on it,” she says. “Stay flexible and keep at it.”

[Note: Big thank you to Julia Buntaine and Marnie Benney from SciArt for their help with this blog.  Please be sure to support their amazing work. Thank you also to the editors at Forbes.com.]